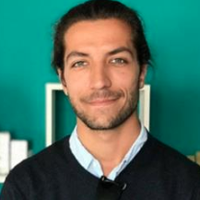 My name is Martin Grahovski and I was born in Sofia, Bulgaria but have spent my entire life living in the United States, Canada, and most recently, the Netherlands.

I have a background in Global Justice and journalism and have strived to fuse these two areas of expertise with my passion for creating visual content.

In this sense, I would classify myself first and foremost as a visual storyteller working mostly in the area of documentary films / photographic essays. Over the last 3 years I’ve been able to develop my skills in these fields by running a freelance documentary / photo journalism company (Strobe Pictures) I co-founded with a colleague of mine as well as pursuing personal projects around the world.

I’ve had a keen focus on Asia over the last few years but have also been able to travel to Africa and much of Western Europe.

Outside of documentary films, my real passion lies in inspiring individuals to visit countries and to undertake new experiences. In this sense, I’ve been able to work on a travel documentary of Japan that was featured in a Canadian film festival, my travel series in Bulgaria and, most recently, my partnership with Canon Bulgaria to work on films in the country.

Over the last few months, I’ve returned to Bulgaria and have been developing my tourism project entitled “3 Minute Bulgaria” which aims to inspire foreigners to travel widely across my home country and take in everything it has to offer.

Couchsurfing is an interesting way to make some projects in different countries work and get the opportunity to meet locals.

Movies - The Return, The Hunt, Spirited Away
Books - Sense of an Ending, The Unbearable Lightness of Being, Harry Potter

Created the single, biggest tourism campaign Bulgaria has ever had entirely alone.