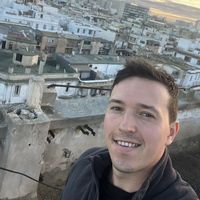 Ahoy, nice to meet you all! My name is Martin, I'm 27 years old and I'm currently living and working in Henley-on-Thames, a beautiful little town near London. I'm originally from Czech Republic (or as others says, Czechia), but a few years ago I've decided to make a change and get out of my comfort zone, so I moved to UK. After a time this place became too comfortable to me again, so I hope I get to Canada soon.

I used to travel without Couchsurfing many times before, but I've heard recommendations to this app from friends and other travellers so often, so they basically persuaded me to try it. I like the idea of meeting locals and other travellers from all over the world, do a trips together, help each other or just grab a drink and share stories.

Music... That's the separate chapter.
Thanks to Spotify I can listen for hours of any kind of music or podcasts. Although I like music a lot, I've never learned to play on any instrument. I would like to, but I have never been patience. Big respect to anyone who can play. I love the vibe of cosy small pub with live music or jazz club.
It depends on mood, but mostly I listen to rock, folk, indie, blues, jazz, or instrumental music.
My favourites are Foo Fighters, Bruce Springsteen, RHCP, Kings Of Leon, Otis Redding, Creedence Clearwater Revival, Bon Iver, The Lumineers, Band Of Horses or Alan Silvestri.