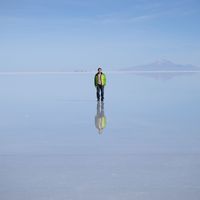 6/20/22: I'm a solid maybe on hosting due to roommate concerns. Send a request and I'll see. Please be vaxxed.

I know there are other sites and ways to get in touch, but for your own good do not mention these in messages.

To run the Boston Marathon (my PR is less than a minute off the old standard); to be a professional log roller (likely coming in 2023); see the amazing things in this world (currently looking at a cross-country roadtrip and Canada when I leave my job).

I love the mountains and want to take a cross-country roadtrip! I don't describe myself well, but I'm calm, environmentally-minded, outdoorsy, and adventure-seeking. I'm apparently all about taking my body to its limits - marathons, the Birkie (think marathon but cross-country skiing), polar plunges. I work at a software company and run, log roll, boom run, garden, and take pictures in my personal time.

Enjoy things, savor good food, experience everything. Take it easy and keep in touch with family. I like to compete.

I'll admit it, I have serious FOMO. I overplan trips and want to do and see all the things, and of course I find out about more things during the trip and don't do half the stuff I planned... and I keep adding more destinations to my "travel dream map" (link is later in my profile). If I've been somewhere you're thinking about, I can provide lots of advice! Generally I like to hit up the major tourist attractions and also find some lesser-known things. If there's a choice between a museum and something outdoors, I'll pick the outdoor option. Food is great, you have to look up iconic foods when you're visiting somewhere.

The Madison CS crowd is great and I like having the opportunity to meet people I otherwise probably wouldn't interact with. I've gotten to meet lots of neat people with very different interests and backgrounds. If left on my own, I probably wouldn't talk to anyone while traveling. Since COVID, I've been part of the CS Friday night virtual trivia series where I've been able to meet CSers from around the country and world, a couple of whom are good friends now and who I've gotten to meet in person now!

I do a lot of outdoorsy/active stuff. Running (mostly focusing on marathons); biking (I don't have a car, I bike and bus everywhere); hiking/backpacking/camping; log rolling and boom running (it's a Midwestern thing!).

I do a fair amount of photography. I worked a lot at the college paper and did a summer photojournalism internship at the SJ Mercury News. Nowadays I'm mainly recording my life and interesting things in the world.

I took piano lessons from kindergarten through 12th grade. I'm trying to keep it up, still slowly learning new pieces. This is one of the things that I think a lot of my friends don't actually know about me.

Environmental issues. I think water is a fascinating topic in the US right now, from water safety (think Flint - side note: I work with that hospital) to scarcity/availability in the west. Lots of incredible places in this country.

Solo glacier exploring in Alaska on my birthday was hands-down the best birthday yet. I did a polar plunge, drank from a stream on the glacier, and found a lake and moulin (think bottomless drain) on the glacier. So cool.

I speak Japanese with my parents and would be happy to practice talking with you. I do a fair amount of photography. I currently have a spinet piano so if you want to play a bit or want to learn some basics, I can oblige.

I do a lot of research when I'm visiting new places so I can probably give you ideas for things to see if I've been there too. If you're interested in seeing my massive list of places I'd like to see, take a look here. Feel free to suggest things I should add too! https://drive.google.com/open?id=1WCpJQANuXr5oLR_jajNEyfIwlcuhvGY2&amp;usp=sharing

I try to live a low impact lifestyle: I don't own a car and bus/bike everywhere; gardening; vermicomposting (with worms), and probably more. Would be happy to swap ideas.

And I would absolutely love to introduce you to log rolling! If you come to Madison in the summer, I'll try to get you out on a log :)

I would basically be repeating the teach/learn/share. But I also cook a lot (and am doing more baking) and would be happy to help make dinner if that's something you'd like to do! I'm working on my bread technique right now.