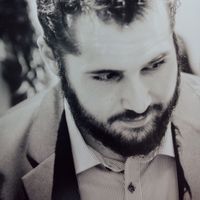 I am Swiss-German, but I grew up in Portugal, and now I live in Finland.
I like cooking and trying out foods - Food is my passion!
I enjoy converstions about business, technology and the future.
I don’t drink beer, but I love coctails.
I watch a lot of movies, and sometimes I make my own.

I am very active in the couchsurf society. I organize the weekly meetings in Helsinki and me and my girlfriend host people from time to time.
There are no strangers in the world, they are just friends you haven't met yet.

I think its a great way to get to know people from all over the world and when travelling the most easy way to meet locals. It is also a great way to explore your own city with different eyes.