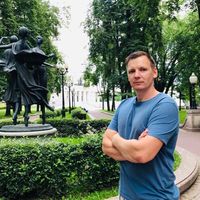 I am very much against Russian invasion of Ukraine, I condemn the actions of Putin and the Russian government and support Ukraine in the fight against this absurd and cruel aggression.

I have used Couchsurfing a lot, both hosting, surfing and hangouts.

Never had a bad experience, still in touch with some friends I made thanks to CS 10+ years ago.

I have been living abroad since 2011 - went to university in the US, then South America (Colombia and Brazil) for 2 years, Shanghai, China for 2 years and now Seville, Spain for the last 2 years.

I work online and study computer science online as well.

I met tons of people through Couchsurfing and I think every new person widens my knowledge of life and the world as it is.

I used to host when I was in Russia. My family is very hospitable. The last 3 years I was away from my home, so I could not host, instead I stay at people's houses or meet for coffee or something like that.

I have stayed with great from Couchsurfing in France, Switzerland, the US, Brazil, Colombia, Argentina, Ecuador, Peru. I only had great experiences and hope to keep it this way.

pizza, living by the sea, motorcycles, working out.

TV shows - How I met your mother, Breaking Bad.

I love "Catcher in the Rye" and "Gone with the wind".

I've tried surfing, it looked easier than it was. I would say I failed but I will definitely try again and I will make it work.

I traveled around South America using only buses and had a lot of great experiences along the way.

Traveled around Colombia on my motorcycle.

Camping on the ocean coast in Brazil.

Maybe I can teach languages - native in Russian, near native level in English, fluent in Spanish, some Portuguese.