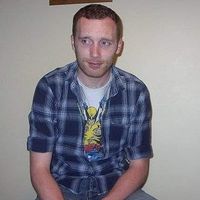 Mission objective? ok, well, to emigrate to Canada in search of work and new adventures. Ireland is sinking fast so a lot of young people are leaving, I'm part of group of friends who are making the hop across the pond, so should be good craic!

Right, lets see, I grew up in the countryside, by the sea...which was class..left home when I was 18 to attend university in England. Came back to Ireland after I graduated and moved to Galway (Where most of my friends went to college) where I spent most of my time partying, eventually got sick of that and traveled to Egypt where I did a TEFL course. After that I moved to Korea for a year and taught English, which I loved, got to travel around the region quite a bit as well. Had planned to stay on longer, but circumstances meant I had to come home. Upon returning I moved back to Galway to do a Masters in Journalism, out of which I got work writing for a local newspaper...however, the recession was biting hard and I eventually got laid off. Since then I have been fruitlessly looking for work and falling back into the same bad old routines that had made me leave Galway before..so eventually, my friends (A lot of whom also cannot find work, or see any long-term prospects)and I thought 'fuck it', lets get the hell outta dodge...and have since decided to take our chances and emigrate to Vancouver....so here begins a new adventure!....this site tells me i should include info about myself that may or may not warn people as to what they are letting into their home...so as regards food, I'm an omnivore. I get along with pretty much everybody...bad habits, I guess I swear too much...can't really think of much else...

Personal philosophy? Fuck...when I've figured that one out I'll let you know...I'm fairly easygoing, my mother used to say if I was any more laidback I'd be horizontal, so whatever that means...

I haven't really participated in any way yet as I only just joined...but once I have acquired a nice new abode in Canada,I will be able to offer a couch/bed whatever to all and sundry!

No experience as of yet, just heard good things from fellow travelers...

I hate these questions, cos I can never remember what books,movies etc. I love until after I've filled in the form, like when people ask you for your top tens, anyways, I'll give it a go. Books, The art of Zen and motorcycle maintenance, anything by Chomsky or John Pilger, War and Peace, when I was a kid I loved fantasy books, Lord of the Rings and all that jazz, Bill Bryson books, I also love historical/social commentary books such as Mao and Strange Fruit. Kerouac, Salinger, Wilde, F.Scott Fitzgerald, K Vonnegut, anything that's a good read basically. movies - I love original movies...hate the usual predictable cliche type crap...well...there are some exceptions, such as Taken, There is something inherently enjoyable about Liam Nesson breaking people's necks. Werner Herzog movies, such as his recent bad lieutenant, eternal sunshine/adaptation, third man, leon, Chinatown, toy story 3, In Bruges, Dr. Strangelove, It's a wonderful life, Oldboy, In the loop, Scarface, Godfather trilogy, Aliens, One flew over the cuckoos nest, Pulp Fiction, The good the bad and the ugly, The usual suspects, A clockwork orange etc. music...this is tiring..all the greats such as Dylan, Cohen, Springstein, Simone, Simon, Beatles, Beach boys,Marley, Guthrie, blind willie Johnson, the who, Pink Floyd, The Clash, The Cure, Undertones, The kinks, Led Zeppelin and so on, as for modern bands, Tokyo police club, the drums, white lies, LCD soundsystem, Arcade fire, Radiohead, The vaccines, Interpol, Weezer, Dj Shadow, Toots and the Maytals, Desmond Dekker, Lykke Li, Fleet foxes, Florence and the Machine, The eels, The Walkmen, The Depravations, Noah and the Whale, 2 door cinema club, Kings of Leon, Bloc Party, Elbow, James Brown, old blues stuff, 50's and 60's music, Yeah Yeah Yeah's, Massive Attack, The Frames,The National, Seasick Steve, Modest Mouse, Flaming lips, The rolling stones, Luke Kelly, MGMT, Villagers blah blah blah...anything good!

Homemade wristbands a friend and I made to sneak into a musical festival, simply amazing that nobody twigged on and kicked us out, looked like 2 yr olds made them...I lie...they were pretty good, but still.

I once fell into the middle of a bonfire and emerged unscathed, does that count?...I don't know