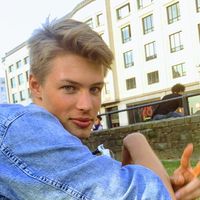 Originally from Amsterdam, now living and studying in Brussels .

Meeting new people and really like the minimalistic concept

Most recent book I read was Conspiracy, great read.

Not anything amazing that contributed something to the world, but I did start a small business when I was 13, it's still running til this day!

Learning Chinese and still working on my French fluency