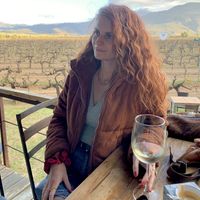 My name is Meg and I’m a 28 year old half Scottish Dutchie who has been travelling, working, volunteering and shotgunning beers all over the world for the last 5 years.

To meet people from all over the world and explore places only locals know about.

Climbed one of the highest mountains in Central America

For the last 5 years I’ve been backpacking through Europe, South East Asia, Australia, North, Central and South America and I’ve met so many kind and welcoming people that I can’t help but pass on the positivity, kindness and amazing stories that I’ve experienced. Every country I’ve been to has surpassed my expectations in one way or another and changed my opinion about people and their cultures for the better. I would love to recommend my personal must sees and favorites to anyone that’s interested. I have travelled on an extreme budget and found places that I never would have if I didn’t stay with locals or hitckhiked around. After all the love and selflessness I’ve seen I can only bring positive vibes your way!