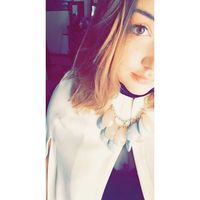 First things first, I love to travel, clearly, or I wouldn't be on couchsurfing. I've been across the country and flown to a few others in seek of adventure, laughter, and of new culture. The most fun thing I've ever done was scuba dive with sharks, well it's a toss up with sky diving with my best friend. I'm a big fan of puns, clever punch lines, and occasional netflix binges with my siblings ( as any human should be). I just like to have fun and meet new people. I'm an aspiring foreign diplomat, with an underlying sense of adventure.

The same reason you are..

... Does this sound familiar to you?

Soundtrack to my life- both mine, and Kid Cudi's
When it comes to music, I like it Nortoriously Juicy
An awesome wave, surfing/ Alt-J
Because the Internet Childish Gambino ( also Community was pretty decent)
To Pimp a Butterfly Kendrick LAMEar

Once, when I was a banker from Portland, Maine, I was wrongfully convicted of murder and sent to Shawshank Prison, where I met Ellis Redding. Even though I was presented with sadistic guards and a corrupt warden I remained innocent and found redemption by escaping to Mexico.

Oh shit, that was Tim Robbins in Shawshank Redemption.. But I feel like I've done some amazing stuff like that too.

What is this, Leap frog?

Lots of snacks, I am a really good travel packer. Maybe you could borrow a sweatshirt or some sick ( not the contagious kind ) conversations.