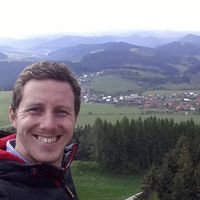 Grew up just outside Liverpool. Went to University in Loughborough to study Physics, and have since been a labourer, Lawyer, log splitter, site Engineer and now I'm an naval officer.

I first got into traveling after I graduated from university and I haven't looked back since!!

Over the last few years i've been lucky enough to visit many places, however most have been in Europe so I am hoping to go further afield whenever work allows.

Also, I live a little bit outside of Liverpool, so if you just want to see the city then mine might not be that ideal. There is some nice nature and stuff around mine though so if you want a mix, it could be a good choice!

I love meeting people. It is as simple as that.

Other stuff..... I like to cook although i don't do it very often. I also like learning about other cultures, food, and things like sports and traditions of countries I visit.

Music: Again a wide range, though i suppose I am a bigger classic rock fan than most!

Was a junior national tripple jump champion! Back in the day like...
Charity world record holder (I shouted at people for 13 hours and made them give me money, something which i am apparently very good at)