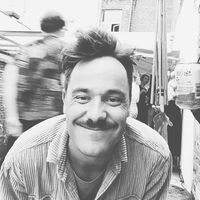 Finding myself and trying to reach a peaceful mind.

always into meeting new people, discovering new beers/wines &amp; new places. And please, whilst doing this having as much fun as I can:)

Mi casa, su casa! I can finally start to host, hope to welcome you in Ghent! In weekends I can definitely show around, I know the city (and the nightlife) pretty well. During weekdays maybe, it depends on my working schedule.

The idea of CS is just amazing... It's a great way to get to know the local culture/lifestyle and you'll never know, afterwards, you'll have a new good friend... Now it's been a while since I've been travelling and couchsurfing. Hoping to start up again where I left. But I had my share of experiences already.

Really eager to learn a lot of different things and to travel as many places as I can... I love everything that's related to nature/culture/people/environment/politics/...
Having a party, going out, enjoying a summer bbq (or a winter one:)),....

As a graduate in Tourism I think I can share my honest opinion about tourism in general and the sustainable side of it... I also had my own business, focussed around music &amp; craft beer. So I can share a lot about that obviously. And also, about life in general.... I have had a few lifes now, so there are always stories to tell :) All of this accompanied with a good beer/wine pleasee :)