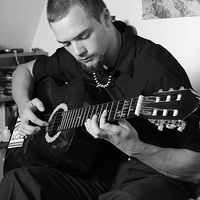 blabla open minded. I see myself in the mixing zone of a viking, a gentlemen, a scientist, a hippie and a samourai.
But what am I more than a mere traveler who happened to settle down for the moment?

Pretty basic: To surf couches and have my couch surfed.

And microalgae farming is quite cool, too!

But I have to admit that besides my girlfriend and work, climbing currently takes the biggest part of my life. And I love it!!

Folk music from around the world, feudal Japanese literature,
Southpark