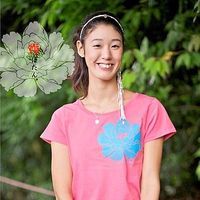 To be a producer

I'm open minded, curious and easy going person. I basically enjoy anything. My biggest joys are meeting new ppl, cooking, learning new recipes, eating, and traveling!
For me, CSing is learning/sharing something from someone. I won't come only to stay by free. Let's chat and share something then :)

finding cool ppl and I'd like to spread Japanese culture... i'll be happy to teach you all about japan:)

All experiences I have done by CS are awesome!