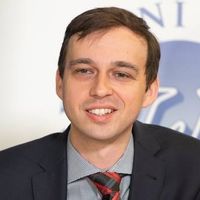 I'm just your average Czech boy, I think. A big fan of Manchester United, Pittsburgh Penguins and Lance Armstrong. Also a libertarian Euroskeptic and an Austrian-school economist. Of course I am friendly, open-minded, laid back and reliable as every other couchsurfer. :)

I hold these truths to be self-evident, that all men are created equal, that they are endowed by their Creator with certain unalienable Rights, that among these are Life, Liberty and the pursuit of Happiness.

Economics, politics, languages ...and a lot of other uncool nerdy stuff :). But then there's sports like cycling, running, triathlons, football (for American fans: soccer) or ice hockey (the best sport there is!)

Movies: Forrest Gump, Saving Private Ryan, Mean Girls...
TV: Breaking Bad, Game of Thrones, Narcos, Gilmore Girls, Yes Minister...
Books: Lord of the Rings, Catcher in the Rye, Nineteen Eighty-Four, It's not about the bike: My journey back to life, Not Without My Daughter, The Signal and The Noise, The Hitchhiker's Guide to the Galaxy...

- I published a book called "A Complete Chicken" (about my travels in China) ;)
- I finished three marathons, one of them in China :)
- I got fined by the police on my very first day in the USA! :D
- I met the Prince of Liechtenstein