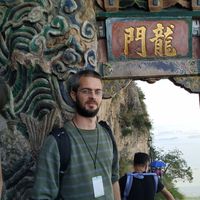 HI,
I study cultural and cognitive linguistics. Also I recently became very interested in politics and political activism, especially abobout climate and refugees.
I am not sure yet what I will do in the future. I would like to work a few years in Africa as a translator but to work for an NGO would surely be great as well.

I like to meet new people from different countries, hear and share different stories and get to know other ways of life.
However I know there might be times when you can't afford any other accommodation. Be honest with me, why you want to surf my couch and I'll see what I can do.

I have a lots of hobbies: The main things I like are: playing the piano, politics, literature, languages, psychology and travelling.