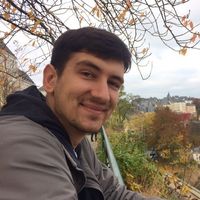 I'm an optimistic person, open to new communications, currently working as a software developer in Minsk.
I really love travelling, so as soon as I have an opportunity, I'm using it to see new places.

Richard Feynman said, "It's much more interesting to live not knowing than have answers which might be wrong". And this is one of my mottos. I'm trying hard to find out more about the world we live in, both from the scientific and cultural point of view.

I discovered Couchsurfing during the summer 2012, when I used it several times while going to Poland, and since then I'm a big fan of the project. I use it in both ways. I had been hosting people in Minsk during the summer season for 3 years and continued hosting after I moved to Helsinki, and I'm first looking for a couch when I travel anywhere.
I also like attending different CS meetings, it's a great opportunity to meet interesting people.

I've been hosting people in Minsk and in Helsinki, and all of that was just great. I hope to travel more with the help of CouchSurfing, but often I travel with my friends and it's not easy to find a host for three or more guys :)

If you're interested in foreign languages , I can introduce you Russian and Belarusian languages and cultures. Belarus is quite a white spot on the map for many foreigners, so I can tell you a lot about the history of Belarus and its cultural connections to other countries.
I can teach you to cook some Belarusian dishes and would love to learn any dish from where you come from.