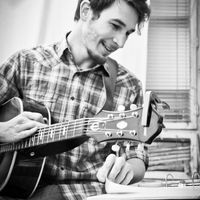 "Mission" is such an overly dramatic word, I don't think I have one of those (yet). However, I'm constantly trying to broaden my mind and to challenge myself (beliefs, fears, insecurities and securities alike). I've never been the most eager traveler in the world (I originally started to travel in Europe to catch my favorite bands that didn't play gigs in Hungary) but now I'm also doing it for the sheer excitement and fun of it. All in all I'm always looking for unique and genuine experiences off the beaten path. I'm also not afraid of silence unlike a lot of people :)

I enjoy music, urban life and the company of my friends (and intriguing people in general) but I don't think these things tell you much about me as a person.

I've always liked walking around in the city when it's really cold or foggy and I like train rides with uncertain destinations (although I rarely take them nowadays). I like it when someone reminds me of a book I've almost forgotten about. I enjoy learning to play songs that I love and I also like writing songs that may someday become loved by other people. Making music and going to gigs are major parts of my life. I love astronomy, history and literature.

I collect books, vinyl records and gin bottles - in their case I particularly enjoy the part where the contents need to be consumed as elegantly as possible :) My current favorite gin has to be Hendrick's with ice and a couple of cucumber slices but there are way too many brands I haven't tried yet.

As for my couchsurfing experiences I can only quote Ms Courtney Barnett as a philosophy: "Your friends treat you like a stranger and strangers treat you like their best friend. Oh well." I just love that song ('City looks pretty') and the lyrics, it is exactly how I usually feel when I couchsurf.

I must admit I live a double life.

By day I'm an international coordinator at the University of Szeged, by night I am a freelance translator. I've been playing in bands since I was about 16, my most personal musical project to date is The Ripofs (disbanded in 2018). I am quite keen on astronomy and I'm also a space nerd. I read and walk a lot (when my time allows), I smoke occasionally and from time to time still pretend to be a student at the local university for the sheer feeling of it (this part is getting kind of sad, actually).

I first couchsurfed in February 2012 in Ljubljana. Over the years I've hosted people from Slovakia, Poland, Canada, New Zealand and the US at my place(s) in Szeged and I've also had the pleasure to stay with wonderful hosts in Brussels, Antwerp, Gdansk and Berlin just to name a few highlights. Based on these experiences Couchsurfing is hands down one of the greatest things that was brought about by the internet.

Couchsurfing in general makes traveling much more fun and exciting. Nothing you can do on your own in a strange town really compares to meeting someone who actually lives there and can give tips, exchange experiences and just generally make friends while exploring a new city. I would advise all adventurous or curious people to try it along with traveling solo and hitchhiking internationally.

Countless. I'm a big fan of Bulgakov, Salinger and Joseph Heller along with many Hungarian authors like Kosztolányi Dezső or Karinthy Frigyes.

Used to have a very dark musical taste in High School (as it's often the case), but today my true favorites include (among countless others) Nick Cave, Death Cab for Cutie, Morphine, the American Analog Set, The Raveonettes, Thee Oh Sees, The Veils, Tom Waits... The list goes ever on. Some time ago I started experimenting with certain types of electronic music as well like Phantogram, Moby, Holy Fuck, Burial or Stendeck. Throughout the years I've learned not to be too judgemental on any given genre of music (except for ska, come on, who honestly likes ska???) and I'm always open to suggestions.

In movies I'm not as picky as in music (I think).

Once I crawled out of a cemetery. A friend and I stayed in too long (I really like walking around in cemeteries and graveyards by the way and I don't even listen to Burzum) so the gates were closed and locked by the time we wanted to leave. In the end we had to crawl up the tall and massive iron gates and over them, which was a lot of fun, especially for the people who happened to spot us from the outside :) I have also infiltrated giant, rusting and majestic cargo ships on the river Tisza near my hometown and spent weeks wandering around Hungary almost aimlessly with my best friend. Good times.

In order to break the really important rules you have to keep the trivial ones.

I'm quite an independent person so I don't require constant guidance and "babysitting" from any of the graceful hosts who are kind enough to accept me as their guest. I am also tidy and orderly when it comes to staying at someone else's place. Just tell me the rules and I'll play by them :)

I'm always trying to at least have a nice drink or a nightout with my hosts and to get to know them a little bit in the often very limited time that we can spend together. Everyone who's kind enough to host me is invited to Szeged and can stay at my place any time.