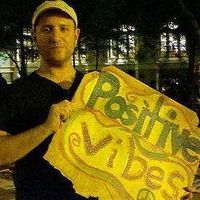 CURRENT MISSION you Can read all of this below but in am recently moved to California on the beach. Reach out to me if you want to know more. Not much below applies anymore lol. I used to host nightly having hosted over 400 surfers, but dont host as much but.I'm around every night and most days to meet up for walking and drinks. I will meet anyone out to walk the city for hours or to drink (for hours lol) anytime.
free spirited and open couple anything goes with us and it probably has. As you can imagine with so many personalities coming through the doors, seen, done and heard just about everything here with surfers. Together we have hosted about 75, I have hosted about 400. We like to hang out with outgoing, social guests. Do not come here wanting to be in bed asleep by 11pm or to drop your bags off and to meet other friends or stay here for job interviews or apartment searches. I say this because it just wont match with our schedules and we host to hang out with our guests. I am a true new yorker, born in Manhattan, and live on a landmarked historic street. We live in the heart of the VERY best area, Manhattan's Greenwich Village near everything awesome and amazing that you would want to do, walkable to just about everything, a block from almost all subway lines (including one to JFK). Arguably one of the best streets and locations in all of NYC. It is a hip, funky neighborhood, where NYU students, bars &amp; nightlife abound.. good times with my surfers have included stealing magnum bottles of Belvadere from a well known club and drinking them on the streets with complete strangers, jumping on beds while throwing wine and champagne on my walls, spilled beer on laptops, kareoking in my apt on youtube and swing dancing at 2am while popping champagne bottles, last minute 10 day trip to vegas, 6 night trip to nashville, various trips to atlantic city and DC, road trips to canada, newport beach Rhode Island, blasting shit European trash music, pillow fighting, singing songs and running barefoot up and down the streets of nyc, going topless in bars for free drinks, picking up strangers at a party and bringing people back to my place to party more....after parties, preparties, crazy strip drinking games with a group of 5, skinny dipping in a lake upstate after music festival with couch surfers, body painting parties, random late night picnic dinners in central park, grand prize winner was a cs of mine at rebel bingo, santacon, burlesque shows, raves,parties, alternative parties and the list goes on and on. After hosting 400 people there really is not a request I have not heard nor something I have not done. If you surf here we will hang with other cool hosts, do some cs events, and house parties, and our own little nightlife events. Underground live music venues that are free, hidden speakeasy cocktail lounges, cheap irish pubs for $4 drinks and beer pong (i will win), rooftop lounges, cafe's etc. I like good music, songwriting, artful creative open minded people, walking nyc, vodka and beer (and whiskey and wine and rum), roadtrips and spontaneous actions, drinking games. I do not like to say no to too much. I love throwing a frisbee in central park, rollerblading with my guests (I own a pair of womens 39), kayaking for free on the hudson river, bike riding, I've flown and paid for trips to Las Vegas for 2 couchsurfers (for 12 days), Nashville for one (6 nights), gone to Canada and Newport Rhode island with 4 others, traveled to Charleston, New Orleans, Montreal and elsewhere.... I take life in stride. I make fun of myself, eat too much, drink too much, play too much and work too little. I dont sweat the small stuff and want your stay in nyc to be the best vacation you have had, yet we expect respect and honoring the system that you are our guest, not your bags. We prefer to mostly host those on a stress free vacation. PHILOSOPHY Live life fun, live life right, do unto others...YOLO

I have done every aspect of Manhattan with couch surfers, I love free water taxi rides, rollerblading or biking, Mets and Yankee games, walking central park, boat rides, seeing sites, and going to baseball games with my cs's. I even took 2 couch surfers to Las Vegas with me for 12 days (and they won 900 gambling). That was wild. I definitely don't want someone that I never see as I am social and like to go out with my couch surfers to bars and lounges and all over NYC. Since I live in the very best part of Manhattan- downtown village, someone that takes advantage of this is preferred.

I like going out,shooting pool, late night walks through the city, I like warm weather over cold weather though. I like exploring, traveling,lcreating experiences and memories. I write poems, and have written lyrics/songs in Nashville.

I have floated in dead sea, took a cab to Dahab walking across the egypt border, opened a bar with live music in nashville, made fake ids in college to pay for a spring break trip to mexico, climbed mesada, rafted in the jordan, rafted in boulder colorado, partied in vail the 4th of july, rode mechanical bull in tiajana mexico and las vegas, drove the baja, spent new years in new orleans, new years in Edinburgh with cs and gf, new years watching the ball in time square drop, went to vegas for a weekend with some cs and stayed a month, had 225 people show up to my birthday party, moved to nashville one week after visiting there, owned a music venue there, a restaurant there, won poetry awards, wrote a song with famous country songwriter who ended up as my roommate randomly, lived life to fullest, left grad school with a 3.9gpa, smoked pot with hank williams junior on his tour bus, partied with kid rock, befriended the president of a big record label and went to sick country music Nashville parties (really wild partying-threesomes, foursomes and more-yeah i said that), I bought one way ticket to Europe 2 days before my trip and stayed over a month without telling family, visited about 15 ex cs, hosted over 300 people, part of a $7500 weekend booze/drinking bill in las vegas with my couch surfers from sweeden and 2 friends, played one on one strip poker with a cs in a hotel room and ran around completely naked up and down the halls and on our balcony (that was fun), I have a twin sister, volunteer in soup kitchen, studied krav maga, did p90x, photo copied all-access passes to Country Radio Seminar a weekloong festival in Nashville ($600 a ticket) and handed them out to friends and then our first party one got into a fight and we were all thrown out...lol, grew marijuana in Colorado (it is legal there), went to Jerry Springer and WIlcos with cs, been to The Rose Bowl and sugar bowl, spent new years w 80k people on street in Scotland, made it to the last cut for a reality tv show, 4x4 jeep racing in Cozumel, played sand volley ball with an English Rugby team in Antigua, got stitches for a split finger in Mexico (due to a corona bottle smashing in my hand...due to me being drunk walking in sandals), partied with many major country music stars during CRS, traded options on wall street, once made 130k in one day of my own money only to lose it all within 3 weeks, road trips, I told my gf when we met that i hated her french accent, I watched the sunset many times without planning to, shaving creamed a friend of mine while sleeping, driving from the police and crashed car into a wall, threw a house party and neighbor claimed their $1000 bushes were ruined (i didnt care). Spent Halloween in New Orleans, i reccommend this. Spent this last New years in Cuba, Wanna help me add to this?