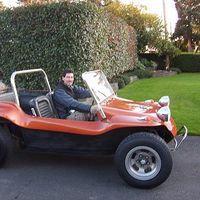 Keep my Telomeres from shrinking and fraying

Existential Phenomenological: My existence is reciprocal, interconnected (or interdependent} and continuous with humanity. The "Golden Rule". Building bridges of mutual trust, cooperation and understanding between countries. Clarity, Simplicity, God is in the details, less is more and Paying Forward. Utilitarianism: All action should bring the greatest happiness for the greatest number. The truth will set you free. Try not to worry, because if it's not one thing it will be another. An ounce of prevention is worth a pound of cure. keep a low carbon foot print. Pace yourself. The slow movement. " Pursue your sacred endeavors in this world. Because like glimmers of light in the dark, we emerge for a moment from the nothingness of dark unconsciousness to material existence. We must make good the demands of reason and create a life worthy of ourselves and the goals we only dimly perceive". I believe in the individuals unalienable right to life, liberty and the pursuit of happiness. Y.O.L.O.! Concepts associated with Lebensreform. "Not all who wander are lost" J.R.R. Tolkien.

I would like to give a special thank you to my C.S. hosts and friends Martin from Sweden, Maria from Denmark, Ase from Norway and Asgeir from Iceland. They were all great hosts! New Zealand, Australia, Bali, Philippines, Maui and in Fiji with Veronica Tonga a native girl. While trying to find my cousin Erin, who was Studying abroad in Sienna, Italy, a woman named Valeria invited me to live and work on her Villa in the Chianti wine vineyards. She introduced me to the Baroness. In 1997 I Couch Surfed with twelve Italian families and ran three marathons in Italy as a member of SERVAS a world peace organization. Being a Host makes me a better CouchSurfer and being a CouchSurfer makes me a better Host. Masha is the best couchsurfer.

I like listening to soft music and N.P.R. for the commercials. massage therapy, football, ice hockey, mixed martial arts, yoga, hiking, jogging, cultures of the world and the Vikings! horticulture, permaculture, earthships, weight lifting, sustainability, ecology, anthropology, nutrition, history and love. Tiny Homes. When I die. I would like to be buried in a mushroom suit and decompose. { Luke Perry did it}.

Paddling 42 miles in an outrigger canoe from Molokai to Waikiki Beach. Running up Mt. Haleakala in 9 hours. Pulling a young woman from a river who was floating passed me after falling during a river crossing on a N.O.L.S. course. Running home in a rain storm with thunder and lightning feels amazing. Burning Man 2004. Catching a 28 pound King Salmon.

Grand tour of Seattle or Dining in or out.