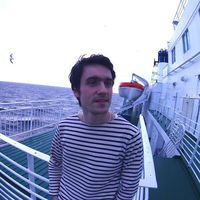 I discover new places through local people and communities.

I am writing my PhD at the University of Manchester on the facets of demand-driven collaboration. I investigate collaborative business models of small and medium-sized manufacturing companies with an eye to 4th Industrial revolution (Industry 4.0). My LinkedIn, ResearchGate and Twitter could be found on google.

Love stargazing on the roof with Manchester Astronomy Society (http://www.manastro.org/).

I like to play table tennis, to jog and to swim.

----
During 2012-2016 I was active in bridging young people from the areas after military conflicts. We used culture similarities: age, interests, music and dances to interconnect groups of peacemakers and to iteratively bring more crowd towards peace.

In 2015 I coordinated the EURO-BRICS Summit that has brought together young leaders of the European Union, Brasil, Russia, India, China, and South Africa to the series of debates on diplomacy, economics, peacebuilding and culture.
----

(!) Important: if you write a CS request mention 'Juventus'. That's my favourite football team, and so I know that you have read through my interests and don't copy paste request. Having said that, I should also mention that I will never discriminate supporters of any other teams, inc. even Inter and Real.

Couchserfing for me is a world database of wonderful personalities who help me to understand the world around me better. I surf almost every time I travel anywhere.

I enjoyed my CS experience in Germany, in the US: Silicon Valley (Milpitas, San Jose, etc), and in many other places

I have met russian peasants from the middle ages and can tell stories about them.

These are old believers - ultra-conservative groups that follow the Orthodox Christianity in the style before 1666. Not surprisingly, much of their culture (that much depend on religion!) has not been changed since: they sew clothes, angle fish, grow seeds and try to be invisible and not to mix with local population. Caused by that they look like aliens coming with the time machine from the medieval times: long beards, traditional clothes and old Russian dialect. You can not meet other medieval people, rather than these Russian ones. Amish are looking artificial in contrast to them, believe me !

I was able to disclose some of their villages that could be now seen on Google maps:
- in Alaska, US: Kachemak Selo , Nikolaevsk, Vosnesenka
- in Christchurch, New Zeeland, Waiao
- in Australia, Sydney
- in Moldova, Kunichi

UPD: Old believers from Sydney were mostly hospital. They have migrated through Hong Kong to Sydney with 3 weeks ferry trip after Mao intended to send them to Stalin's Russia. Took away multiple stories from their life in China in 1940s where the efficiencies of their farming has been investigated by the Japanese occupational regime. They kindly gave me the box of delicious "pirozhki" (small pies) which was a generous present.

well, if you never tried Russian breakfast that could surprise you :)