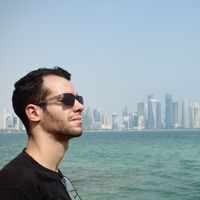 Hi everybody! I am Nino, from France. I used to live next to Grenoble with my family but I left to Paris for my studies.
2013: I spent one semester in Istanbul, Turkey. I could fully appreciate the beauty of this country, with great places and very nice people, an incredible history and fascinating landscapes!
2014: I went back to Paris where I stayed until June 2014.
From July 2014, I worked in Buenos Aires, Argentina, in a trading company that is exporting all kinds of products from South America to Africa.
2015-2016: I spent the first semester working in Marseille, France. In June, I moved to Milan, Italy, where I studied during one year and worked during six months. I left Milan in December 2016.
March 2017 to December 2017 in Paris
In Copenhagen from September 2018!

Some years ago I went to many places in France with my family and we were only doing the touristic things. Now I like to mix the touristic part with a more relational one and I think Couchsurfing is really good for that. That is why I prefer going to few places but staying a longer time in each of them to be able to understand more about the country and its people.

I started Couchsurfing several years go and was hosted in several countries : Macedonia, Serbia, Uruguay, Germany, Russia, Japan, Korea ...
I hosted in Marseille and Paris and have also been quite active during CS meetings, which are a good way to meet people (local ones and travellers), especially when arriving in a new city !
No bad surprises until now, generally good experiences so I hope it will continue like that !

I am very interested in sports, I play badminton and I like watching all kinds of sports. I am used to running, mainly 10Kms or half marathon races as it is one of the only sports you can practice without special equipments!

I am also keen on travelling when I am able to and I like discovering new places, meeting new people and trying to live as if I were a local person. I try to travel a lot now as I have some time and hope my professional life will not prevent me from keeping on travelling!

Nothing in particular, just several places that I have been thinking of for a long time and to which I could eventually go:
Nazca lines in Peru
Iguazu falls in Argentina / Brazil
Rio de Janeiro in Brazil
Hagya Sofya in Turkey

I will try, as far as I can, to be a host and a friend, go out to show some places, share local food (depending on the country, of course) and languages. If you need some advice you can just write to me!