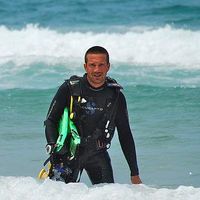 I'm from Brazil, currently i'm living in England and it is my intention to travel around the world. I want to meet people, know new cultures and places. Enjoy my life.

You live only once

I have experience in hosting people and surfing a couch on my travels. Some times the people are not in the CS project but with CS I:

Went for drinks with Irene from Spain May/2012

Went for a drink with Maria from Slovakia - Feb/2015