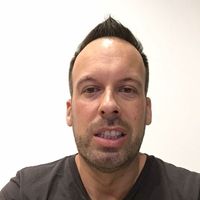 Easy-going German guy, just moved after two years in Singapore in February 2019 to St Louis in the US, loves travelling, loves to meet new people, always in for any kind of sports or a drink and a nice chat...

I met many really friendly people in my life when I was traveling with low budget and would be happy to give some of this hospitality back. Besides, whenever I hosted guests from all over the world I learnt some new interesting things about their countries and I never wanna stop learning. And last but definitely not least, I have made true friends through Couchsurfing.

All kinds of indie rock, alternative, reggae and dancehall, some house music and some German hip hop

Traveling impressions from all over the world, about German culture, my insights from living two years in Asia, my first impressions of life in the US and some some limited wisdom :-)

Nice atmosphere and a good breakfast