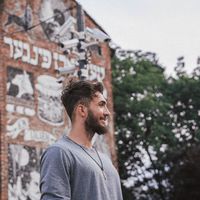 (ENTJ-T Personality)
I'd say that I am the one who has an altruistic attitude and if I'd had the power I would've annihilated all the religions, nationalities, and so on in order to make the world a better place to live in peace. We people need to fight those who categorize, discriminate, and discomfort. So, hoping that you already have something related to my personality. This was the first and the last thing I could give you for this section 'cause I don't like to talk about myself a lot. The rest, you might know if there is an occasion to meet in person.

I don't see why not? That's the platform you can meet some new people, make some new friends, have some different aspects and thoughts, improve your language skills, discover a new place (since the accommodation is never being an issue, anymore), find out about the new culture. Those may have just brought you a new perspective on life, ability, and awareness. On the other hand, it can help you make yourself a knowledgeable person.

It was in April and was raining terribly. I hadn't previously seen the rain like this. I and my friend were hitchhiking by the roadside at Albania's border. We got wet through and there was no place where we could protect ourselves from the rain. No one was stopping either. They probably were thinking we are fuckin' crazy and what we're doing there. Around 30 min later, finally, one Turkish guy stopped and picked us up and even hosted us (that was truly unexpected). I can say that he saved our lives. It was a really interesting/amazing day.

Plus!
I believe that we have already something in common, which we could hear a lot from our ancestors and that is called the 'Second World War'. I am truly believing that it's just changed the world and its route, separated the ideas and behaviors and made the world a lot worse. I found things incredibly attractive which have some stories from WWII. I am very much interested in almost every topic of its. Besides, I have read and watched some about it.

Plus + plus!
I am always very much interested in camping thingy. I always love to go to some places where I can find a spot to chill out and lie down most of the time of the day in a tent at a lakeside, in the evening, light a small fire and have small talk to all and eventually drink, smoke and so on 😋 or just go to the summit by having a tent and enjoying the view of that with a couple of beers. Wouldn't it be great?

One? One is never enough :)

I attended the Woodstock Festival and for 3 days I didn't drink water at all over there. I had only one bottle of water but it's used for brushing teeth and washing hands etc. instead of reducing thirst. Guess what! Beers saved my ass 😅

I and my friend traveled to 3 Balkan countries by hitchhiking, it took us 10 days. We walked more than 20 km per day and ate only once or twice on some days while getting to the end.

Spontaneous one! I was deciding and was going for it. In one week, I visited 10 different places. I started traveling from Wroclaw to Malaga. The places that I traveled were Frankfurt, Heidelberg, Manheim, Köln, Eindhoven, Berlin, Madrid, Cordoba, Granada, and Malaga.

Finally the top one of mine! (being a soldier)
Once I was a soldier I was asked to attend a military landing for a month! Of course, you say 'yes' (as you do not have any other option) and I was there. After two weeks, we're told that we have to stay on the ship for a duty of this military landing (if there is any state of emergency, just to be prepared-countrywide-). Here it is! I got fucked up because of the temperature conditions. My chamber was 10°C and when I wanted to go to the deck of the ship it was 40°C and had to go to the deck 3 times a day to have a meal. Apart from mealtimes, I was not allowed to stay at the deckside so I had to keep the balance of body temperature steady. Simply, choose the option which makes you warm or extremely hot, seems easy to do it but not as the weather outside was 45°C. Amazing experience!!

Since I believe in myself that I am not bad at cooking, I can share my food. What would be more amazing is that if you also cook, ofc if you think you've got the skills. I love to try other dishes from different kitchens.

Speaking of teaching and learning I'd just say I am open to any idea which may come from your side about your culture, people, and language. Anything!! 😉

I would share anything I have to make your stay comfortable. Only one thing to follow, ask me pls! 😉 it's always good to know beforehand what you need as I have flatmates and have some responsibilities to them.

Here I share the places nearby that are worth visiting.

Top of the league. Lanckorona is probably the best place to chill out within a 50 km radius of Cracow. Especially if you decide to stay for the night. The town is beloved by the artists who discovered the place in the last century and made it the unofficial holy land of Polish writers, actors, painters, and many others who seek their inspiration or simply wanted to have some fun with others adventurers. The highlights of the town are its original wooden architecture from the XIX century and of course fantastic location. Lanckorona is located far away from the main roads.

If salt mine in Wieliczka and Auschwitz get into a fight about which one of them is the most visited place around Cracow, it would be hard to predict the winner. Last, to say, Wieliczka is visited every year by more than 1 million people from around the world. This mine is already a brand, placed on the UNESCO World Heritage list. In Wieliczka Salt Mine you can learn about mining traditions or see beautiful underground chapels decorated with crystal chandeliers. This is Moria mine in real life. The Mine has its own four-star hotel. It is also hosting many non-mining events, like weddings, concerts, and BJJ championships.

Ojcowski National Park (What to see)

A small village with an artistic touch. There you will find small wooden cottages decorated with traditional Polish floral motifs. The tradition of painting houses started a century ago and sadly it is kept alive only by the few. Today, there are maybe 20 cottages left and they are scattered around the village.

If you are feeling like hiking, but you are not up for another long ride to Zakopane, go to Gorce National Park (Gorczański Park Narodowy). There is a direct bus that goes from Cracow to Lubomierz. From there you can start your hike through the National Park. Go to the top of Turbacz mountain. If the weather is good, you will have a clear view of the Tatra mountains. From there go down to Nowy Targ and catch a bus back to Cracow.

Niepołomice is one of those places around Cracow that you should visit by bike. Make some use of the fact that Lesser Poland is on its way to becoming the best bike destination in Poland. The bike route goes along the river and will guide you toward the royal castle in Niepołomice.

In terms of beliefs, Lesser Poland is definitely one of the more conservative parts of the country. Least to say, Pope John Paul II was born in a town close to Cracow – Wadowice. You can visit a museum created in his old family house. If you are interested in temples, you should also check a sanctuary in Kalwaria Zebrzydowska.

Dark, emotional, moving, and sobering in the extreme, there’s really nowhere in Europe quite like Auschwitz-Birkenau. It remains one of the top activities to do in Krakow, offering an informative and sensitive insight into the horrors of the Holocaust and the destruction wrought by the Nazis on the Jews and minorities of the continent. The memorial and museum are around an hour from the city center.