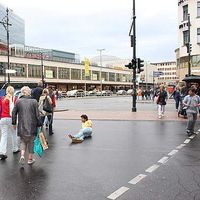 Escape Brobdinggnag, explore Glubbdubdrib and find the land of Houyhnhnms

The seven words of the gypsy

I enjoy incredibly exposure to unknown environments. I love learning to live from scratch and putting my preconceptions up for crabs.

I am hard-headed about things I like and ready to revise things I believe. I love those damn little moments of persuasion.

I can hardly make the distinction between art and life. I like to immerse my-self in all sorts of strange and randomly conceived situations.

I have lot's of unresolved energy that I am keen on giving out in any kind of activity ranging from underwater rugby to hoola hoop.

My ears stick out and are very patient. I appreciate every new story. People generally feel quite confortable talking their worries away to me.

I am a learning vampire. I need to learn something new every day, otherwise I will die. I've lived among the rich and the poor and I would rather stay poor.

I joined couchsurfing and hospitality club in February 2006. Soon after we hit the road with a gang of Cephalinian friends and road-tripped across Europe. Since then I had the chance to host adventurous travelers in Athens, Cephalonia, Paris, Hamburg, Bologna, Haifa, New York and lately in Berlin and I received genuine hospitality in all kinds of dwellings in Europe,Middle East, Western Africa, and Latin America. Some of the more memorable experiences include being led to a party amidst a ravine in the Canarias, surfing a sailing couch in the Dodecanese, climbing mount Olympus with great company in Greece and exchanging hospitality with my look-alike in Cephalonia and Los Angeles.

I somehow feel a natural aversion towards the word "interest" and all it's possible derivatives. I tried to trace up the origins of this antipathy deep into my mind without reaching any final conclusion. It might be because dull institutions like banks tend to have such things. It might be because it is the most expansionist word in any vocabulary. It tends to suck up every advective into a mere "interesting" which is usually followed by an exclamation. Thus, it tends to reduce poetry into economics. It could also be a disenchantment with all the interested "go and get it people" who long for objects and desires without ever reflecting the origins of the longing. I have been thinking to try to repress all my interested self and to adhere to situationist randomness! That said I have been unable to eliminate the loathsome word from my own vocabulary something that makes me start to think that I should lash my self every time I subconsciously happen to utter it.

Only two kinds of music: good and bad and I think I like 'em both

When I really grow up I want to become a director.

Cinema is the art of sculpting time(Andrei Tarkovski)

To see a world in a grain of sand,
And a heaven in a wild flower,
Hold infinity in the palm of your hand,
And eternity in an hour.