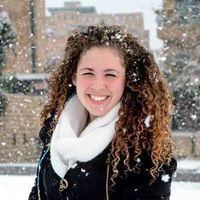 Friendly and outgoing, creative, up for anything, respectful, funny.

Harry Potter, David Sedaris, Lena Dunham, big comedy fan, I'll watch anything and critique it like I know everything about film production

"Justice is what love looks like in public" - Cornel West