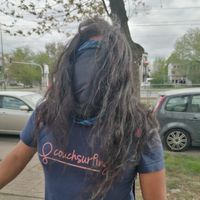 BEFORE CURRENT MISSION, I MEAN, I JUST ADDED THIS CHAPTER ON MY PROFILE BECAUSE I AM WORTH IT. ALSO I TAKE ADVANTAGE OF THIS LITTLE SPACE OF MINE (INCREDIBLE, TAKING ADVANTAGE OVER ONE SELF, I GOT THIS FAR IN LIFE) TO MAKE CLEAR TOO THAT ANYONE WHO STARTS READING THIS SHOULDN'T FEEL OFFENDED JUST BECAUSE IS WRITTEN IN CAPITAL LETTERS. I AM HALF PERUVIAN AND SPANISH AND CATALAN, SO I AM LOUD AS HELL THEN THIS IS MY REAL INNER PERSONALITY, DESPITE I KNOW HOW TO BEHAVE IN THE STREETS AND I DON'T GO SHOUTING LIKE THIS TO HUMBLE OLD LADIES WHO ARE GETTING OUT OF SUPERMARKETS. I GOT LOST ON WHAT I WANTED TO SAY.

AH, 0K, I REMEMBER. YES, DON'T GET SCARED OF THIS BECAUSE I AM NOT SCARY (THAT'S WHAT ALL SCARY PEOPLE WOULD SAY, I KNOW, JUST USING SOME REVERSE PSYCHOLOGY HERE).

I won't li(k)e you guys. I am main host, what a surprise if you see my references, no one without brain would say that. Being that said, I must clarify my priorities: truly members of the community like ambassadors or old pilars, or just some crazy people, middle members of community or randomly active people, or virgins in CS (I mean who never had a CS experience, please start putting sex aside this you perverts); lonely or pairs of travelers, cyclists, German speakers, males over females (it's easier for them to get a place), wanderers, hitchhikers, backpackers; original or very complete and worked requests, very interesting and awesome profiles, and a few references which I can't determine by a number. But at least let them be plural.

So I'll just make stuff clear, because normally people don't even read the next paragraph which says clearly some important stuff in capital letters and that I'm tired of repeating. I know that you may use Couchsurfing for having a free place to sleep. Despite its main idea is meeting people, and the hosting is secondary, let's not bullshit ourselves, the facts are these 2 core points are reversed. And I don't reject or regret it, but if you are coming to my place thinking this is free, you are mistaken. I will make you pay by suffering my company, my chats, my TV, my bikes, my games or whatever I consider you should suffer. Beware the power of a bored guy.

Make the bikes rule the world! No, just kidding. Just the roads. By the way if you want TO REQUEST a stay in my place, CHECK MY HOME IN THE PROFILE, you'll find interesting information.
If you just pass around it, I'll ask for another one.

I was a student who basically loves bikes and likes talking with other people (I work doing surveys, and love to talk people from Barcelona and all around).
Of course, I like videogames, a bit of manga/anime culture, series, movies, go around my city...

But what I can't avoid in any moment of my life is listening music. I'm kind of weird robot with humanoid form, but earphones instead of ears.

I'm too young, so right now, I just try to listen the people and aproach and develop my final ideology... which probably will be try to make the bikes rule the world. Just kidding. Only the cities.

For my host, or better said, my membership interest, meeting Stéphane (https://www.couchsurfing.com/people/doudidoudam) was the best gift for me. He was the first truly member I met and sort of rescued me from the claws of streets, and also, generic people around Paris. The unique way of living and personality of this character just pushed me on my whole face and waken up my active surface.

For my traveling spirit, I got encouraged a lot by speaking with many people, a lot of travelers and every one of them and you help me a bit. But specially John (https://www.couchsurfing.com/people/chuck381) was an inspiration for starting hitchhiking, and his behavior was the perfect example for a guest and how a traveler should contact with the host.

For my profile, I got inspired a bit in the huge exposition of information, the style of Ana (https://www.couchsurfing.com/people/ana-manas) and her jovial and friendly and welcoming way of being, despite I am not a fan of such a contagious happiness around her's. Anyway I think is the best one written in the whole city, so if you are interested, go and check her out.

I surf a bit (once every two years), so I normally host. And I love it; my house would be all the time full of surfers, if it weren't because I live in a shared flat, and we're in democracy, so we judge evereyone of the requests profiles before accepting. We're Gods! Ahahahah!

No, just kidding. Only I do that, it's tiring work.

Until now, I only have been with a few CS as guest, and it's been amazing... hospitality, friendship sensation, laugh, salvation feelings (when you have nowhere else to go)... I am also in WarmShowers, so I managed to host many people, but I haven't been guest there. Hope more expriences in the future.

Bikes, bikes, and bikes. Well, and many TV series, and videogames. And of course what I studied and will come back some day, chemistry.

Necessary to put music? It's too much... hard rock, rock and roll, blues, classic, spanish guitar acoustics, ska, huaynos... well, in fact, most are variations of rock. But I listen to many others, too, specially movie/series/videogames OSTs.

I'm getting with the lecture again, so I've read only a few books lastly... Song of Fire and Ice, Farenheit 451, Isaac Asimov series...

My bike flying. I was in Cap de Creus, with 100 km/h winds, and then my sleeping bag just transformed into a parachute... and my bike raised 1 m in the air. Just incredible. I don't recommend it, you might lose a bike.

I will develope any videogame theory. Or bike theory. Or travelling theory. Or the snail (bike+travel+house) theory. Hey, that one is good. Just let me think about it.

When I think about this...

My knowledge about this beautiful city which I am in love, house, couches, rides, good moments while beering...