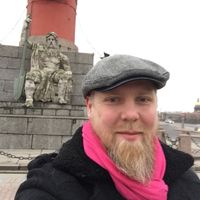 Back in Malmö after a year in Haarlem.
I’ve been hosting since 2016 in two cities and it has been an amazing experience.

Love hosting and meeting people from all over the World. Easy going hard to get to know, listen more than I speak

I don´t have to travel, the world comes to me...

Love music in many forms, if it's new to me I probably like it. Film is not my cup of tea.

I have a guestbook