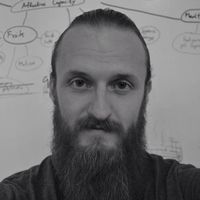 I really enjoy being able to connect with the people I meet through couchsurfing, to get to know them, learn from them, be inspired by them, broaden my perspective by learning theirs. If you're the same we need to meet!

I like trying to challenge myself to get out of my comfort zone in order to grow as a person. I have to keep reminding myself to do that, and meeting all the awesome people on couchsurfing helps.

To me, great travel experiences are about the people you meet, not so much the sights you see.

I recently started a company where we do human centered design. We solve the 'wicked problems' of our clients using design thinking methodology. The basic principle is that in order to make the best possible solutions for people, it's necessary to gain empathy and learn about their situation, before you try to figure out the solution. I can talk about this for hours so I'll stop here :D

In South Korea(2012):
Zach in Tongyeong
JaeHwan in Busan
Joe in Ulsan
Anna in Gyeongju
Jin in Seoul

In Japan(2010):
Sumire in Fukuoka
Asuka in Nagasaki
Naoko &amp; Masato in Inari
Tetsuya in Kobe
Haruna in Nara

2016:
Karina &amp; Rosario from Argentina
Tamara from Serbia
Blasius &amp; Lisa from Germany
Isabella from Colombia
Katharina from Germany
Asher from Australia
Lia from Brazil, Nada from Egypt &amp; Jasper from Hong Kong
Daphne from the US
Laura from the US
Elias from Sweden
Ieva from Latvia &amp; Markéta from the Czech Republic

2014
Taejeong from South Korea &amp; Belen from Spain
SiewShuen from Singapore
Jenny from Taiwan
Aurelia from Germany
Andy from England
Kadi from Estonia

2013
Matias from Switzerland
Johnson from Taiwan
Laura &amp; Paula from Germany
Laura from the Netherlands
Meng Dong from China

2011
Lena from Switzerland
Wilvie from the Netherlands

Discovering wonderful music I haven't heard before.
Laying down a fat groove on the drums.(Hopefully also on the bass soon)
Making the perfect tackle or scoring the match winning goal in a football game.
Cheering for my favorite teams and athletes.
Immersing myself in great movies.
Unwinding with some computer games.
Discovering how people live all over the world and learning their culture and languages.
Finding subjects of interest, researching and learning everything about them.

There's way too many to list. I love so much stuff.

Backpacking through Japan for 3 months and discovering couchsurfing.

Had my first solo travel around South Korea, and learned so much about myself.

The first time the crowd sang along to our own material at a gig.

Studied at Stanford d.school for half a year.

Check out my band! www.routetothesun.com