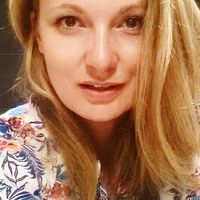 I am a dreamer and I take my dreams seriously

old but still some kind of truth:

My favorite music – good question. I can talk about that all day long. :) I love music in genaral. Most I like rock and indie music. Melodic guitars and powerful and interesting man voices. For example bands like Muse, Foals, the Wombats, Two Door Cinema Club, Sunset Sons, Biffy Clyro, Nothing But Thieves, Placebo and so on. I also listen more mainstream things like Coldplay, U2, One Republic, Imagine Dragons, Maroon V. Something little bit older like Depeche Mode, Duran Duran, Sting, Elton John, Oasis, Bee Gees, the Doors. Legends like Beatles, Rolling Stones, David Bowie and Pink Floyd. Folk bands like Of Monsters and Man, Mighty Oaks, Mumford and Sons and the Lumineers. Dance and electro music like Modestep and Hadouken! I love singers John Newman, James Arthur, George Ezra, Hozier. Also some women voices – Florence and the Machine, Adele, Lorde, The Asteroid Galaxy Tour, NONONO, Lana Del Rey. I felt in love with U.S. ‚schizo pop‘ band twenty one pilots and Danish soul pop band Lukas Graham few months ago. From time to time I listen classical music. I love Dvořák’s From the New World, Moonlight Sonata of Beethoven, Vivaldi‘s Four Seasons, Swan Lake and Piano Concert N. 1 in B-Flat Minor from Tchaikovsky, Pachebel’s Canon in D Major, Albioni’s Adagio in G Minor, some peaces of Debussy and so on. I am sure I have forgotten someone. :)

I like fantasy, action, romantic and comedy movies. I love The Boat That Rocked and Love Actually movies, The Lord of the Rings trilogy and also old Czech black-and-white movies. And I can’t forget animated films like Up, Finding Nemo or How to Train Your Dragon. My favourite movies of last years are Kingsman: The Secret Service, The Imitation Game, Star Wars: The Force Awakens (I am a big fan of Star Wars), The Man from U.N.C.L.E., Mad Max: Fury Road, The Grand Budapest Hotel, Wild Tales and Deadpool.
I like series Sex and the City, Game of Thrones, Suits, Sherlock and The Big Bang Theory.

I quit a job that I didn't like anymore, started to write a book (finally) and moved abroad.