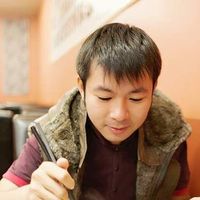 Prepare for the next trip.

My life is complete. Just enjoy food, traveling, and the peace.

Leave behind the argument, and start cooking / baking .

Have surfed quite a few couches so far , enjoyed interaction with hosts and locals , learnt about cultures and lifestyles , and made new friends .

Enjoy hosting at the moment even more than surfing .

West Malaysia : great CS ambiance , hung out with hosts and their friends .

My expectations with couch surfers are:

1, prepare your own food, unless I invite you to join and share a meal;
2, proactively write a reference upon departure;
3, stay in touch.

I feel delighted about the fact that over 90% of couch surfers follow the basic rules of Couchsurfing, and have made my hosting life beautiful and enjoyable.

“White Eagle, Red Star: The Polish-Soviet War 1919-1920 and The Miracle on the Vistula” by Norman Davies

“Poland Betrayed: The Nazi-Soviet Invasions of 1939” by David G. Williamson

“The Auschwitz Volunteer” by Witold Pilecki

“Survival in Auschwitz” by Primo Levi

“Katyn: Stalin’s Massacre and the Triumph of Truth” by Allen Paul

“Katyn 1940: The Documentary Evidence of the West's Betrayal” by Eugenia Maresch

“Genocide and Rescue in Wolyn: Recollections of the Ukrainian Nationalist Ethnic Cleansing Campaign Against the Poles During World War II” by Tadeusz Piotrowski

“Rising '44: The Battle for Warsaw” by Norman Davies

“Heart of Europe: The Past in Poland's Present” by Norman Davies

“The Eagle Unbowed: Poland and the Poles in the Second World War” by Halik Kochanski

“God's Playground: A History of Poland” by Norman Davies

“Bloodlands: Europe Between Hitler and Stalin” by Timothy Snyder

“Neighbors: The Destruction of the Jewish Community in Jedwabne, Poland” by Jan T. Gross

“The Neighbors Respond: The Controversy over the Jedwabne Massacre in Poland” by Antony Polonsky

I can cook a few Szechuan dishes , would love to learn baking and more languages.