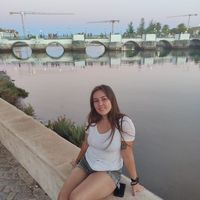 Hey, guys! I haven't used CS in a while, since I was a student, but now I am back, decided to live for a while in Istanbul and discover this city.

I live in the old center, would like to meet new friends.

Lived on an tiny inhabited island in the middle of nowhere with no conveniences for a month. What a life, jees!