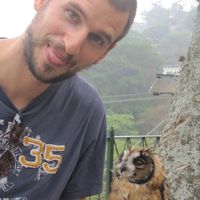 Work smart, be financially independent and continue my mission to visit all of the world's countries

Update September 2016 - I now have my own page about travel &amp; languages

At this point I want to again say THANK YOU to all the nice and friendly people who have hosted me so far!!!

Share: All my knowledge on Germany and travel intelligence on more than 100 countries worldwide

Stories from many countries