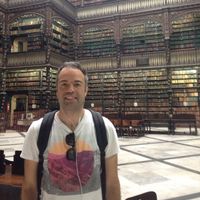 Brazilian who moved to Paris 5 years ago. Now I live near Denfert/Montsouris and work as a research engineer.

I travel a lot for work and leisure so it is nice to meet people while in a new city. Many people I manage to meet again in a different country :)

I enjoy reading (mostly in the subway/RER), expositions and I organize a running group in Paris parks. I like to go to the IDF woods during weekends to run/hike. I am trying to start a mate drinking group in Parisian parks, let's see how it works out.

I have hosted people before but these days I do not have much time left.

Movies: Lock Stock and Two Smoking Barrels, Pulp Fiction, The Godfather, One Flew Over the Cuckoo's Nest, As Good As It Gets