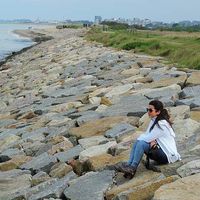 Visit all the countries in the world. Learn at maximum the differences and cultures of each of them.

Travel junkie, fascinated by the world, amateur in photography.
I love get to know people from all over the world and learn about their cultures. This experience bring to us knowledge and fun! Saying "olá", "hi", "hola", "bonjour", "hallo", "merhaba", "privet", "zdravo", "ciao" to people in different geographical regions, singing in different languages, feeling the life every day.
I love music, cinema, read good books and hang out with friends, well actually I like anything that brings fun! ;)

"We live in a wonderful world that is full of beauty, charm and adventure. There is no end to the adventures we can have if only we seek them with our eyes open." (by Jawaharial Nehru)

Some friends told me about CS and I stayed very interested in participate of this amazing community! It's great to be in contact with other cultures!