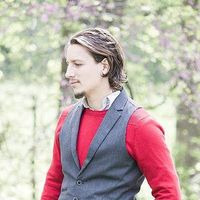 I DO NOT HOST SINGLE GIRLS, GUYS AND COUPLES ONLY.——CURRENT MISSION Finish my Documentary on Voluntourism. Hello, I'm currently working on a documentary about the effects and externalities both positive and negative on voluntourism. I'm more then happy to discuss these things with people and share my passion. I am often living in California or Hawaii for 6 months a year and have different schedules in each place so please read on. If I am in Carmel and living in Carmel Valley, I'm usually working in the mornings and free in the evenings , I go to the rock gym a few times a week and I try and go to a meditation at a Buddhist monastery at least once a week, usually on Friday. You'd be welcome to come to these. I may or may not be able to host, if i'm living in Carmel Valley I'm living in my families home and although they aren't often here I don't give keys or let people stay when I'm not. I only host people who send full detailed couch requests, in spirit with the original idea of CS. I move around a lot but have been able to surf a great deal and I've had the awesome ability of hosting people in Nepal, India, California and New York. I'm an active person who believes our personal decisions define our character, for this reason I try to eat ethically and not to buy stuff which is bad for the environment/people producing it. I'm really interested in sustainable development and psychology, most specifically behavioral economics, besides that I like motorcycles, traveling and adventure of almost all kinds. I'm also really into religion spirituality and philosophy. If I'm in Hawaii I'm doing some substitute teaching and possibly working with non-profits, besides that I love sports and go running, biking, play frisbee or catch all the time. So if that's something your into your welcome to join me. I love to go surfing and kayaking and have an extra board or two if that's something your interested in as well. PHILOSOPHY It all changes.

I try to use couchsurfing whenever I travel, to meet other people, get coffee or find out great places to go. When I am home I can host people, or at least show them around so they can see all of the great things this area has to offer. I used to host quite a bit when I lived in NYC, however now I can show people around and teach them how to surf, go rock climbing, etc.

I've stayed with a bunch of people and Couch Surfing is amazing. I've made best friends, fallen in love, and had some amazing experiences I never could have had otherwise. Couchsurfing is a wonderful experience and I would recommend it to anybody.

I think one of the best things about couchsurfing is it helps us meet people outside of the typical social circles we have, this creates new ways of thinking and to develop as people. I really enjoy meeting, hosting, and staying with people who I disagree with, largely because I love to argue, but also because I like having my assumptions tested and having people show me a new way to see or do things.

I'm currently working on a Documentary about the unintended consequences of tourism mainly focusing in Nepal. I've spent almost two years between India and Nepal and will probably be heading back a 3rd time to attempt to finish up.

I like alot of non fiction and philosophy. Im a pretty avid reader but haven't had as much time to read recently as I'd like due to work. My musical choices change but I dont like really heavy metal or really pop rap stuff, I do enjoy checking out live shows and music whenever possible.

I'm a big fan of Kundera, Tolstoy and Dostoevsky. I also really love reading religious books such as the Bhadwagita, Buddhist texts. Most recently I'm mainly reading books that have to do with film making.

I generally enjoy comedies and documentaries, I don't think any one genre of film or TV really defines me, except for some reason I always end up watching some sort of detective show which has a main character as an attractive male with unusual mental abilities, a attractive strong female lead, and then usually two other supplementary characters of which at least one is a minority and the other meets some white stereo type (e.g. Psych, the Mentalist, Castle, Monk, Lucifer and Lie to me.

No matter where I am I can probably teach you some guitar, a little bit about Buddhism, Judaism, and meditation. I also know some jokes and occasionally, magic tricks.