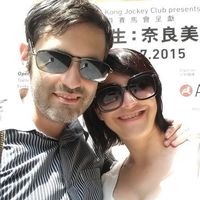 Expand my novelty goggles, meet eccentric weirdos, and fight the forces of evil!

Lately I'm tutoring in Shenzhen, some writing, and I have been a lot of things over the years.

A sometimes film student, one-time wayward Californian, freelance scribbling, present China enthusiast, an armchair Sinologist if you will, ever a mystical nonsense adventurer. I'm searching for the proper mixture of virtual reality and real world.

I have many interests. Rock n roll, art, books, comics, writing, traveling, consciousness, and I like movies.

I read a lot and watch a lot of dvds.

I like to see music at dive bars and seek out underground literature.

I try to do my creative thing sometimes too.

Live life by all means. You might as well, you're already here. Push yourself to add to the world, experience the new, have a good time, and help other people enjoy it all along the way too.

Also, program or be programed.

I meet people, and sometimes they help me out.

People meet me, and sometimes I help them out.

I enjoy meeting CSers in local events, and hanging out with travelers, and expanding the growing scene.

I first heard of CS at Burning Man 2007, and began participating in the Long Beach and Los Angeles groups and meetups, partying and surfing around California.

I've invited Algerians and Americans and Germans and Australians and Chinese and everyone else to stay wherever I happen to be living.

And I'm always up for hanging out with Guangzhou and Hong Kong CS groups, from movie parties to dinners to hikes up the mountain.

And there will surely be more experiences to come!

I have many many interests.

I try to be eclectic. No doubt we'll found some common ground somewhere...

Comics - superhero to Vertigo to indie to manga, MUSIC - rock n roll counter-cultures ala punk and folk and underground and overground and even electro/indietronica/dance/techno tunes, cartoons - nerdy and 80s nostalgic and hipster modern, literature - science fiction and pulp and Beat and trippy - and sometimes writing my own, esoterica - neo-shamanism and philosophy, vegetarianism - sorry not so interested in meat, movies - Hollywood to IFC Channel, travel (of course!), and sleeping.

Instead of lists of movies, albums, and books (prose and comics) I find I'll be here all day if I don't prioritize. Here are lists by artists and just extrapolate from there

Ultimately I'm a rocker afficianado, but with so on also:

O a lot of books (and comics more). Read and read--

Burning Man 2007 was the most amazing thing I'd done, the first time I started this profile. Then I went sky-diving and that was pretty amazing. Then Burning Man 2008 exceeded expectations even more. Then I moved to China. This Amazing Thing box keeps needing updates!

Just like what everybody says, write a complete profile and write personalized email if you want to increase your chances of finding a couch and making new friends.

When traveling, I recommend planning but not planning too much, sometimes you have to just open to wherever the winds take you.

Pack lite, but thorough, be willing to do lots of walking, and go explore...