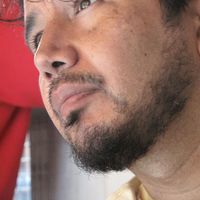 I have had this site off my radar for a while, particularly with the pandemic. I am going to want to travel again soon so I'm opening my couch back up for a few travelers.

I'm a low key laid back guy, uncomplicated, and any other euphemism for boring. I do love traveling and trying new things. I love meeting fellow travelers even though I most likely will never see them again.

After I signed up, I became host to a large number of travelers that came through New York. It wasn't until mid 2008 that I started using it to travel myself. As a host or as a guest my experiences have been very positive. I hope that anyone that has stayed with me has taken something home with them. I know I have brought something back from any home that has allowed me to with them.

I love to read, write, travel, play pool and roll my eyes at bad movies. Lately, I've taken to subscribing to online courses to learn as much as I could about nerdy things like Arduino, programming, photography and art. I'm also studying Russian though it is quite bad still.

Movies: The Departed, Last King of Scotland, City of God, The Lives of Others, Üntergang.

I once was recording wild sounds in the ruins of Palenque around 1AM in the morning. While I was packing, I saw the most amazing meteor shower. The INAH guards say they happen relatively frequently.

I can teach anyone curious to learn what I know about film making, photography, how to become an excel master, billiards. I can also tell them all about local New York or American culture and what makes us tick.

I can share the futon in my living room, a walk through the local park, some local knowledge.