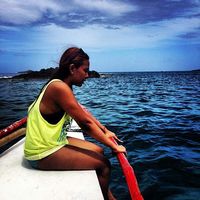 When traveling looking for people to explore the area with and maybe grab a meal or drinks.

Hosted not just couchsurfers but people I met while I was traveling or friends of those Ive hosted before.

NOTE:
- I work nights on weekdays mostly between 8pm til 7am manila time so in case you’re arriving late, unfortunately ill be in the office!

Also if you're sending a request of 1 night during a weekday will more likely decline, would be unfair to stay a night and your host wont be there (unless you're a friend of a friend that can vouch)

Curious, Adventurous. Most of the time I travel alone - but would meet up with old friends ive hosted or attend CS meet ups to meet more locals to get to know a place

To have met and hosted quite a lot of awesome people in this community!