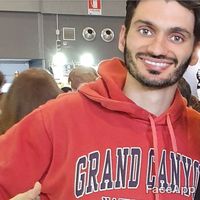 I am a boy of Italian origins who, after high school in Italy, spent his time studying in the United States. My greatest interest has always been to travel through all the countries of the world. I like to establish relationships with different ethnic groups and live in environments completely different from my cultural background. Hosting and sharing experiences from all over the world is part of myself.

I have chosen to be an active part of this world community because it represents for me a mission of life to interact with people from all over the planet. Living an adventure and sharing it with those who are part of it is a complete feeling of being able to assimilate a set of cultures and life experiences worldwide. Couchsurfing is a spirit, a family, a large group that has to value the desire to explore more parts of being catapulted into new worlds.