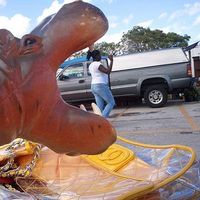 Bit of a dick. Thick skin. Make people uncomfortable with great ease. All bout a dance floor. If you have a dog back home, I'll actually consider visiting you - unlike those I tell I'll visit but I know I won't. No dog, no party.

Hate to have a carbon footprint. Hardcore vegan. Moral consideration of animals=Sexy AF. Might try to convert you. Will also cook for you. Free food! Yumm! But vegan, mwaha!

I will make a looooot of questions about where you come from. I like givers more than takers. Will show you microbreweries. Beer is the shit. I'm actually a gifted over-educated being. I'm a genius. Just a dick.

PHILOSOPHY
Insanity is comparative, who sets the norm?

Because people. Although big fuck off to CS for going for profit and now charging people to 'verify' them, you moneyhungry wankrs. Oh yeah, open-minded, friendly and all the love to Couchsurfing xoxo. Also, I want to meet someone from Corsica.

Was fed AS A homeless with the homeless not being a homeless.
Got negative in HIV test.
Donated blood in exchange of snacks.
Got 420 thru customs and didn't get caught.
Hitchhiked drug cartels-ruled states completely unaware.
Made it throu Quebequer winter. Gosh I hate snow.

How to be a dick and succeed at it. How to be a smoking hawtass animal-loving vegan. How to confront hobos and thugs and win their trust. Teach me anything, I like anythings.