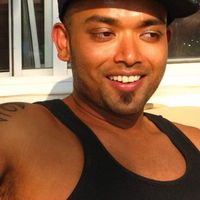 I left NZ in 2004 on a short working holiday and haven't moved back yet! I've been living in Vancouver since 2012.

PHILOSOPHY:
Essentially, make the most of life, treat people like you want to be treated and love unconditionally.

I was as CS Ambassador for almost 10 years. I've hosted ~100 people, surfed about ~50 couches, organized dozens of events and spent years volunteering for the organization. A beautiful, heart-centred community and it was a joy to serve.

Although I'm not that active on CS these days, I always love meeting travellers and swapping stories. Send me an email if you'd like to hang out :)

2005
Surfed with Dave in Dublin. He was my first CS experience!
Surfed with Kaara in Kaunas. We dranks lots of vodka went to a party in an abandoned building.

2007
Surfed at Christine's place in Vienna, where Spyro was the mini-host! Co-surfed with Rachel and Aliza.

Prague:
Hosted Jerome.
Hosted Tristan.
Hosted James.
Hosted Manuel
Took Marte and her 40 friends on a walking tour of Prague!
Hosted Anna and her 3 friends.
Hosted Antonio.
Hosted Katherine.
Hosted Enrico.
Hosted Florian.
Hosted Keith and Negan.
My 1st Free Hugs in Prague with Chrissy, Laura and lots of other CZ CSers.
Free Hugging with Aaron in Berlin and 200 other CSers!
Surfed with Andre in Prague.
Brian co-hosted me.
Introduced Adam to CouchSurfing then surfed with him months later!
Asger co-hosted me.
Surfed with Baiba during her mid-Summer camp in Riga.
Surfed with Ezra in Olomouc.
Surfed with Karol in Wroclaw.

This one time, I was on a volcano when it erupted. (Mt Ruapehu, New Zealand)

A home-cooked meal and adventures