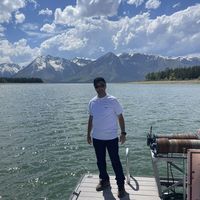 CURRENT MISSION
I have my bed and a couch in my room. The appartemant close to sanfransisco
, bay area named Berkeley.
I can host when I m not busy.
I like to talk and laught with my guest, I don't like a couchsurfer looking just for sleep.

I like make a friendship with people from all the world

Help and host, be real humain .

COUCHSURFING EXPERIENCE
I hosted my friend sophie 5 days at my parents home in 2007 , a firt experience but we go together to Morocco with shes friends for vacations in 2011, shis friends told me about couchsurfing, a first, i tried at Istanbul, was very great idea.

I surfed on the Atlantic coast; not far from the killer point beach in Morocco. Tunisia crossed from south to north in the month of August at Ramadan (very hard). Crossed the Bosporus from the European side to the Asian, at night in Istanbul. The trip of 35 hours from Algeria to the United State of America with two stops; through four continents. By bus I have gone through more than 10 states from Texas up to Philadelphia
J was dizzy when I came up in a tower in Atlanta city.
I crossed Portugal from south to north in one day.
Atration at Orlando , Walt Disney.
Time square, celebrate a new year (-17 c)
I cross country from east to west by bus and train ( from Philadelphia to Sanfransisco)

Welcome with a big smile, hosting and hougout if I have a time.