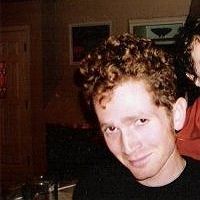 I am working on teaching high school kids "Thesis Kombat" which is like Mortal Kombat but with finishing moves based on backing up claims with evidence. I really like llamas but feel uncomfortable around alpacas. I like exploring abandoned buildings, doing handstands and playing harmonica. I'm pretty into fighting fascism.

"When the weather gets rough and it's whiskey and it's rain it's nice to wrap your savior up in cellophane." -Tom Waits

"Thank God there are no free schools or printing; for learning has brought disobedience into the world, and printing has divulged them. God keep us from both." -Sir William Berkeley

I like to travel and see everything from a local perspective.

I played harmonica as I rode naked on top of a freight train rolling by Mount Shasta.

I can teach some Spanish and jujitsu. And a little bit of how to play the harmonica and the spoons. I can cook hash browns and sing sea shanties and tell you all bout conspiracies if you're interested.

I carve spoons too; I will try and carve you one.