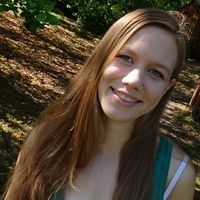 I joined Couchsurfing because I spent 2 semesters abroad, one in Brazil and one in Spain, and I was hoping to travel around a bit (on a budget, because student). I didn't actually do much travelling in Spain, but I had some great experiences staying with Couchsurfers in Brazil, or just meeting up and hanging out with them!

in no particular order and definitely incomplete

Visiting the Iguaçu Falls in both Brazil and Argentina

Audio drama podcasts are great and you are all missing out (some recs: Wolf 359, Our Fair City, King Falls AM, EOS 10, and so so many more)