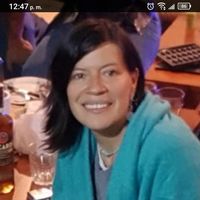 Go through life learning from other people and cultures and always having a blast! and

I am a very outgoing and adventurous person that likes to meet new people and cultures and I love languages; my favorite things in the world are dancing and traveling. I hate the routine! I am a very good friend.

Be happy and make others happy, always go for what you want!

For now, I want to meet people in my city to practice English and French. I would like to meet native speakers of these languages too.