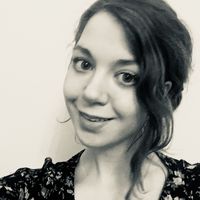 Sorry, not available for surfers right now :(
Always up for adventures and strolls through town though :))

HEJHÅ! My name is Sanna. :) I eat, sleep and (in the perfect world) create every day. In between I try to pet a cat or two, move around with my bicycle and avoid being swallowed by the void of everyday (stress) life, or atleast; trying to find/make my own void to get sucked into...

Finding secret hideouts, meeting wild animals, meeting wild people, feeling the force of nature, discovering intricate details about my surrounding, too early mornings (when its voluntary or, even better; totally accidentally), running two (or three!) steps at the time up a stairway; running the same way down a stairway; climbing up trees and walls (the really easy ones), going through old attics, visiting second hand stores and curiosity shops and natural history museums, discussing the state of the world, observing human interaction, observing animal interaction, eating good vegan food, going to bed after a long and productive day...

I prefer stories that doesn't tell the whole story and with some subtle darkness into it - such as the worlds of Hayao Miyazaki or Tove Jansson. And music! There´s so much! (But basically everything with a true feeling to it (whatever that means). And also: balkan for dancing!!