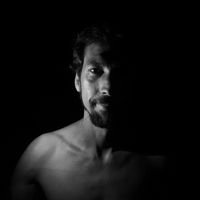 1.7 m tall, 60 kg, blood type 0+, low cholesterol, atheist, heterosexual, preferably vegan, and allergic to assholes. I love and respect all people from all different backgrounds, religions, origins, skin color, political orientations, sexual preferences and any other category you wanna add to that list. I basically love diversity. I like to sleep and play guitar (traveling is also ok, by the way!), I love going out for a beer or twelve, I'm a bit scared of darkness (though I love night time) and my favorite pizza is my own one. That's it!
Instagram: aufrancsantiago

Cause I think it's the most amazing idea in the whole freakin world (don't you love the expression on people's faces when you tell them about CS for the first time?)

More than any other thing in the world, I like to travel. Then, I also like to sing and play guitar (I've been singing in bars and pubs for my entire adult life), hang out, go out for a drink, have a good conversation, go to a barbecue and ride bicycle. The things that really grab my attention are travels, music, politics, social issues, photography, food and drinks, and arts in general.

Well, this is what I wrote when I reached 30 countries visited. It's long and boring, so if you actually decide to read it, I don't wanna hear complaints: I warned you :-P

I have swam at night in a tiny little island in the south of Cambodia, in a phosphorescent green sea illuminated by noctilucae, glowing around me as a response to each single one of my movements. I have sailed in a submarine in Aruba, I have visited the house and museum of my favorite painter in Austria, I have played minigolf in California, I have stayed at the Mirage hotel in Las Vegas, and I’ve seen from the window of my room the eruption of its artificial volcano, the same one that in the following years I recognized in so many Hollywood movies.

I’ve dipped the tip of my fingers in the waters of the Fontana di Trevi, in Rome, I’ve seen a huge cargo ship “flying” over the Panama Canal, I’ve put at the same time one foot in the southern hemisphere and the other one in the northern hemisphere, in Ecuador, and ten years later I put those same feet on both sides of what once was the infamous Berlin Wall. I’ve seen a giant turtle swimming close to me while diving in the Philippines, and I’ve slept for a whole week on the floor of a bar in Vietnam, where one morning I found out that rats were coming every night to steal my food from my backpack. I’ve been interviewed for over an hour by the TV channel of the National Congress of Venezuela, in the main yard of the Congress. I’ve sailed the Mekong River for two days in Laos, on a long, old and precarious boat, very different from the huge and luxurious cruise ship in which, one year earlier, I sailed the waters of the Caribbean for a whole week. In Thailand, I’ve walked through the streets of a city full of monkeys, and just a week later, I found myself living with a group of Burmese refugees in a refugee camp of the United Nations.

In India, more precisely in Mumbai, I met for the first time in my life people who were traveling around the world, and not just for one or two weeks, as I was doing at that time, but for several months and sometimes even for years. During those days, I went to bed every night wondering “Would it be possible for me to do something like that?”, and just 12 months later I answered myself that I could, and in the early morning of a January 23rd, I quit my job in a bank, took my tie off and started a trip through South America that ended 9 months later, when I finally decided to settle down in Chile. There, in the city of Santiago, the sixth strongest earthquake ever recorded in the world woke me up one night, and that was the first of the three times I’ve felt I was about to die.

In a very small city of western Colombia, I sang for a group of sugar cane cutters that had been holding a strike for several days, living with their wives and kids right there in the sugar mill, inside improvised tents under a strong burning sun. I hitchhiked in Uruguay and lived all the magic of its amazing carnival. In Amsterdam I was hosted by a nudist old man with whom I held some very interesting conversations every evening, while he was cooking dinner for us being absolutely naked. In the Caribbean island of Curaçao, a country I hadn´t heard about until the week before I visited it, I swam in the clearest water I’ve ever seen in my life. But very brown, instead, looked the waters of the Amazon river, in Brazil, when I sailed them on a ship for five long, hot and peaceful days.

It was May 2005 and the protests against the Bolivian president Carlos Mesa were getting more and more violent. It was possible to hear gunshots and bombs every day, and when the protesters ended up blocking every single access to the city of La Paz, the only way to get out of there was by taking an illegal van full of people that only spoke the local dialect, and driving through small crappy alternative roads, and sometimes even through places where there was no road at all. During my days in Belgium, the ambience wasn’t the best either. Fully armed military could be seen on every corner, and in every subway station, due to the red alert that was still on, because of the recent terrorist attacks in Paris. Ironically, when I visited the French capital a few days later I found a totally peaceful and relaxed atmosphere that I enjoyed while walking around the narrow and twisted streets of its old neighborhoods, before sitting on the grass to have a cappuccino in front of the Eiffel Tower.

In Cuba I opened a show for the great Vicente Feliú, an iconic singer and songwriter that I’ve admired for my entire life. In Mexico City I spent an afternoon of tequila, lemon, salt, tacos and stories with a good friend. I walked through the magical and ancient streets of Cuzco, in Peru, and even though I was right there, I decided not to go to Machu Pichu, maybe the worst and most stupid decision I’ve made in my life. While walking one night in the streets of Prague, I wondered if that wasn’t the most beautiful city I had ever seen, and later I told myself that it actually was. And in northern Argentina I saw Ricardo Vilca, one of the greatest Argentinean musicians, giving a small concert in a small bar of a small town for a very small audience of no more than ten people… and my joy was huge.

Here, in China, I’ve celebrated my birthday walking on an almost empty section of the Great Wall totally in ruins, and I’ve sung for a huge crowd of nearly one thousand people in the fascinating and vertiginous city of Shanghai. You live there immersed in such a frantic rhythm, that I almost didn’t feel surprised the day the train that was taking me from the airport to the city center reached a speed of 431 kilometers per hour.

Two weeks have passed since I came back from Indonesia. It was very interesting to visit for the first time in my life a country with a majority of Muslims, and of course, it was gratifying to celebrate there “my 30th”.

But I’ve said it before and now I’ll say it again: if I could choose another passion, I would definitely choose another one. For sure one that was more useful for others, and not just for me. Also, one that didn’t force me to be away from my family in order to feel happy. And… I don’t know, many other things in which it’s useless to think about. It is useless because your passion is not something that you choose. Your passion chooses you, and when it chooses you, it grabs your balls and won’t let you go. If your passion tells you to dress in green and jump on one foot, you dress in green and jump on one foot. You are basically its slave. You give it more and more, and it gives you back less and less. But that little it gives you back, even if it’s very little, is for you even more vital than air and water. It is a strange and diabolical equation: the more places you’ve been to, the more places you have left on your list. It is, at the same time, a blessing and a curse. And because of all this, I’m only sure of one thing: I’m going to keep traveling. Not only because I like it, but also because I have no other option. Because no matter the huge number of anecdotes lived until now in the 30 countries I’ve been to, no matter all I’ve learnt and all I’ve seen, no matter how many amazing people I’ve met, or how many pictures I’ve taken, or how many times I’ve been sick, or how much money I’ve spent… no matter all I’ve lived in this life of wandering round and round “like a rolling stone”, right now I can only think of one single thing, and only one: when and where am I going to reach the number 31?

I can teach: to play guitar, to speak English, Spanish and Portuguese, and some basic photography knowledge.

I'd like to learn: to speak any language, to play any instrument, to cook interesting dishes, and to surf (a board, not a couch!).

Wifi (more important than air these days), the shower, the kitchen, the washing machine, a sleeping bag, quilts, the couch (of course!) and a balcony with a kick-ass view of the whole city from where you can see awesome sunsets (I live on the 21st floor). There is no regular CS meeting in Rosario, but I live near a bar where there's a weekly language exchange meeting (Wednesdays 9pm), and it's a great place to meet locals who are fond of languages and traveling.