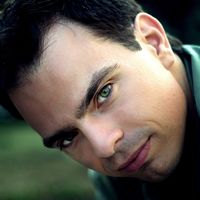 I've studied physics, but I'm currently working as a data scientist while occasionally trying to make some cakes. :D I also feel kind of stupid talking about himself, so read the references. :)

I've started years and years ago and it's been a blast ever since. Just look at the amazing people in the references. &lt;3

...so I just figured out that CS *again* changed profiles and deleted a ton of stuff I had written here.

Anyways, movies - if I mention Nolan, Aronofsky &amp; Innaritu that's probably enough, and as for music... It's complicated. :D

Sleeping in a tent near Venice in a place recommended by hitchwiki that later turned out to be one of the places with highest criminal rates in Europe.
Day after that seeing Romeo &amp; Juliet opera in Arena di Verona, slept through the whole 5th act.
Running on the edge of Cliffs of Moher.
Doing street photography in Cairo.

If you want to learn about photography I'm your man. I know, how original, right?
Also, physics is "my field" but I'm also interested in evolutionary biology, psychology, or pretty much anything that has somehing to do with how the world works or how come everything is the way it is.
For the last couple of years I've really been interested in making cakes, so if you want to learn how to make a mirror glaze or those incredibly shaped cakes you've seen on Instagram... :)