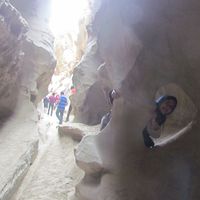 It is very Hard and Complicated for me to describe myself!!! ...
But, I am originally PERSIAN, and very proud of that!
I am so honored, when I read about Persia's History, and would like to share with you; The Persian Empire: Government &amp; Army)
https://study.com/academy/lesson/the-persian-empire-economy-trade.html
and ( Women in Ancient Persia: Royalty, Privileges &amp; Tradition) especially as a female!

"When you think of modern day Persia (Iran), you might think of the restrictions placed on women's rights, which would make you think that women had even less rights in ancient times; but Persian women, both royal and non-royal, were allowed certain freedoms that helped them gain economic independence and a place in society.

In general, we can say that Persian women enjoyed power, influence, and economic opportunities. They were involved in the military and owned businesses, and held the same jobs as men. Some women never married or had children, but this wasn't seen as a problem. However, Ancient Persian society was still patriarchal, and for the most part, men held higher positions than women."

" In Ancient Persia, if a king died, the queen could rule until the prince became an adult. "

So, I should say have kind of that blood!
You can find more information about that here:

Sorry! for some reasons I prefer not to put my real picture as the Profile picture now, But maybe in future...( I have done now)!
So, References can be a little of bit helpful; However, you can find more about me among other parts instead, if you would be clever enough!

The golden opportunity you're seeking is in Yourself. It's not in your environment, in luck, in chance, or the help of other; it is in yourself "Alone"!!!!!!! Try to achieve it as a goal, although it is not easy!

There are lots of reasons for my being a member of couch surfing, such as being familiar with more people, other nations and their cultures, finding new friends in different parts of the world, having communication with other travelers, maybe travel with or go to visit them and use their mass of experiences, and in general try to live better and more efficient in all its aspects, ranging from personal(with strengthening good feelings such as exultation) to social(with strengthening feelings such as philanthropic and altruism), more sociable, with peace, mutual respect together( all human kinds from all cultures) and use our chances of limited life as more effective as possible!
In other words, try to thrive not only survive!!!

Jairek Robbins Book(Unlimited Power): "Sometimes you have to get lost in order to find yourself. "

-The Forty Rules of Love: A Novel of Rumi (MellateEshgh0205)
by Elif Shafak
Is written in Turkish, and translated in to persian/ English/ french as well (Available on Amazon as well)
Audio:
https://archive.org/details/MellateEshgh0205

“The best way to predict the future is to invent it”  : Alan Kay

“Be the change you wish to see…”  : Mohandas Gandhi

Maybe being couch surfing member with all possible activities can be done in it!
Accepting friendship request from a guy ... who didn't deserve it maybe!!!
Adventure in Life! With high Risks!
.
.
.